bell a buzzard v phr Also bell a bull (or buzzer, cat, cow, goose) [It is clear from scattered 19th- and early 20th-century accounts that buzzards were occasionally belled and released, and that such birds were regarded by some with superstitious fear, but nothing in these accounts explains why the practice should have been regarded as self-evidently desirable or simple.] chiefly Mid Atl, S Atl See Map 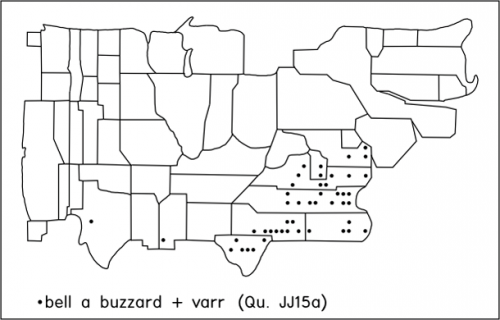