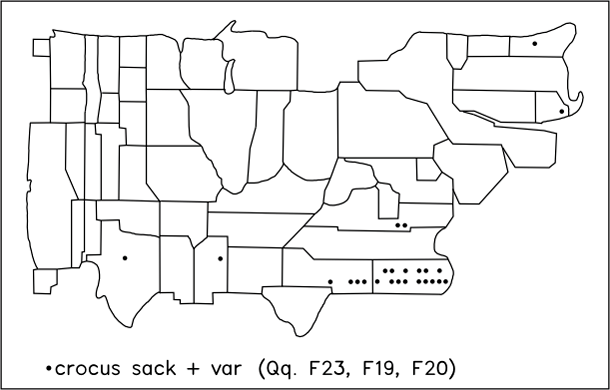 1728 Crouch Complete View British Customs, Part the Second 126, A Description of the several Sorts of Germany and East-Country Linens, that are now usually imported; with Examples of the Manner of their Delivery. Spruce Canvas. Under this Denomination are enter’d, Crocus, and (Flaxen, Headen and Hempen) Rolls. Crocus, The Pack or Bale, usually contains 50 Pieces. [“Spruce” here in its old sense of “Prussian.”]

(The OED offers three quotations to support the meaning ‘saffron’ at crocus n. 2; the first, from an Old English medical text, is probably valid, but the other two are not:

“1659  E. Gayton Art Longevity 54  Half a Crown in Crocus and Squills Wine.” From the context it is clear that this refers to the antimony compound, widely used at the time as an emetic, known more fully as crocus of antimony.