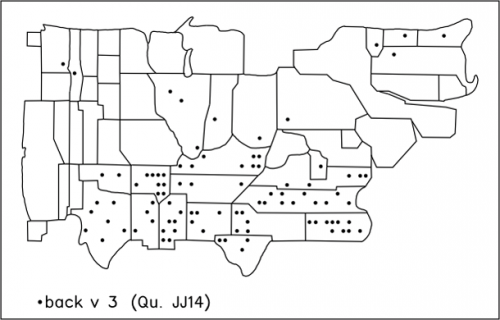 5  usu with an adv; Of the wind: to shift in a counterclockwise direction. Atlantic, esp coastal NEng Cf backen v

6  also with ~ up and in phrr back your foot, back a (or your) leg: Used as a command to a cow to make her move her leg out of the way for milking. esp S Midl

7  To mend temporarily. [Perh from backing piece of cloth used as a foundation or for stiffening]