1  An impressive and exciting specimen of its kind; esp a gripping performance or contest.

2  also barn(-burner) match, barn lighter: A match that can be struck on any surface. [Prob from the belief that barn fires are often caused by rats getting hold of matches of this type] chiefly PA, sNJ, MD See Map 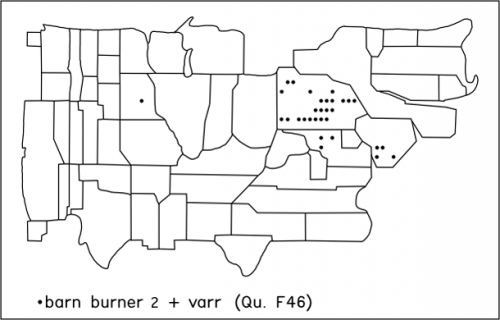